Unsuccessful IVF is difficult to accept but is not uncommon. Embryo implantation is a complex process and some common causes of failure can be due to poor endometrial lining (endometrium) or a genetically abnormal embryo. Women who have repeatedly failed IVF despite apparently good quality embryos may be candidates for the latest IVF treatment called endometrial scratching which has been shown in several randomised studies to improve the implantation rate in women who have had recurrent implantation failures (please click the link for the definition of this). At CRGW, we have babies born from patients who have received endometrial scratching having come to us for treatment after failed attempts elsewhere. 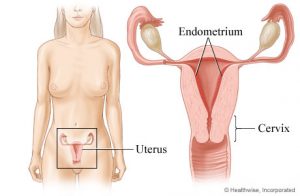 The process of endometrial scratching as it relates to embryo implantation is not entirely understood and some questions still remain unanswered. Scientists involved in studies believe that there may be two reasons for the increased implantation rates:

The procedure is carried out in the luteal phase of the cycle (i.e. after ovulation) before your treatment. Normally this is done between around day 21-day of the cycle.

The procedure is carried out in a CRGW treatment room. You are advised to take analgesia 1-2 hours before your scheduled procedure, e.g. ibuprofen (e.g. nurofen) or diclofenac (e.g. voltarol)

The procedure will take approximately 15minutes to complete. Please be aware that it can be uncomfortable or painful in some circumstances and that bleeding after the procedure is to be expected. Post procedure antibiotics will be given if deemed necessary by one of the CRGW doctors at the time of the procedure.

You will be asked to sign a consent form at the time of the procedure to confirm that you have not had unprotected intercourse in that menstrual cycle.

You should bring a partner or friend to escort you home after the procedure.